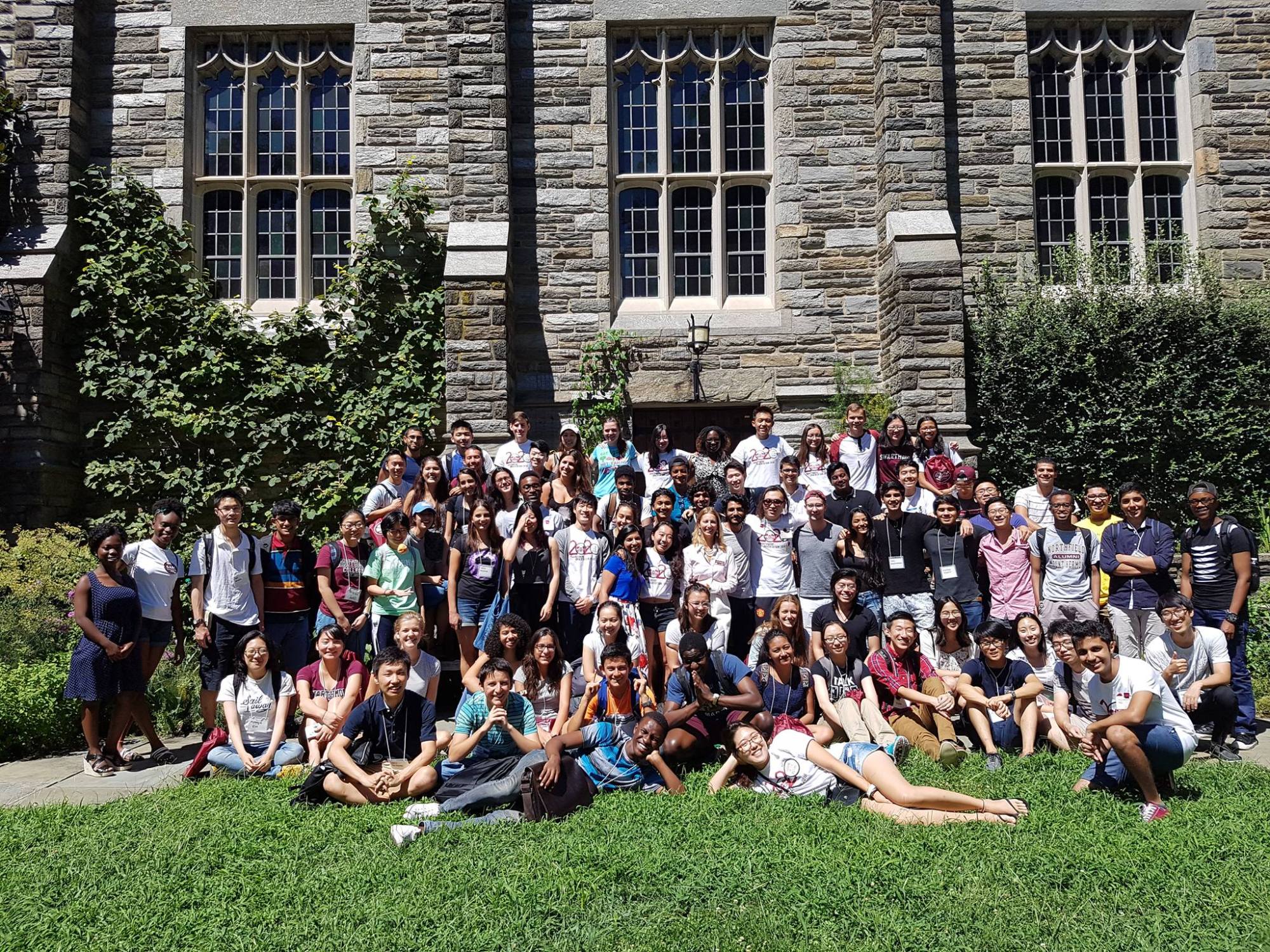 Hari Srinivasulu ’21  said that he decided to study in the U.S. because he wanted to work in the tech industry, which the U.S. is well known for.

“I never thought specifically about coming to a liberal arts college, as a Computer Science major, a lot of the schools on my radar were larger schools.”

However, he said that applying to Swarthmore was a good decision because he has had the opportunity to explore a diverse range of things.

“In addition to Physics and Math last semester, I took an Israel/Palestine class and an education class.”

“There’s two aspects of it: All the paperwork that has to do with visas and getting a job here, and also, apart from that she’s just been a really good support. My parents were super nervous about sending me here because I don’t think I’ve been away from home for so long before. She was the first person who my parents spoke with here and she was very reassuring,” he said.

“I drop in by her office every now and then just for fun, or if things are rough, or if I just want a hug or something,” he adds with a laugh.

In addition to Marks-Gold, who students lovingly refer to as “Jen,” Srinivasulu says that his SAMs (Student Academic Mentors) and RAs have been really helpful.

“I’ve been asking them questions not just about Swarthmore life, but a lot stuff that people would ask after moving to the U.S., like I’ve asked my RAs for advice on picking out phone plans and stuff like that.”

As for Lijia Liu ’20, she knew she wanted to study abroad since she was in middle school.

At first, Liu said she only really knew about the Ivies, in terms of colleges in America, “I decided to look more into liberal arts colleges because I heard that they were very generous with financial aid, and that they’re also very community based and they foster stronger relationships, and I thought that was something I’d like.”

After some googling, Liu found Swarthmore.

“I thought it had really nice vibes because there’s a lot of activities going on and a lot of opportunities for people to do what they’re interested in.”

As for expectations on coming to Swarthmore? Liu expected Swarthmore to be an easy place to make friends due to its large international student population— “there’s gonna be people who have gone through the same thing,” she said.

“It made it easier for me to go out and meet local students because there are already people you know, so they’re supporting you, and that continues after orientation as well.”

“I personally didn’t find it challenging but some people do, because there’s a cultural or language barrier in the way, but in general I think that people here are pretty willing to make friends with each other and to learn about your background, so I think most people who come into Swarthmore will feel supported enough to overcome [those challenges].”

“I think what’s most important is if you see something you’re interested in, to just go for it, because often the best way to meet people is by going to things that you are passionate about and dedicating yourself to them, and then you can find other people who share the same interests. A lot of my domestic friends, I know them because I take part in activities, events where I can really see other people on campus, so I think those are really great ways to get to know new people.”

Hi! I'm a Sophomore from Kingston, Jamaica and a Sociology/Anthropology major and English minor with a love for poetry. Outside of the classroom, I'm an editor for both The Phoenix, Swarthmore's campus newspaper, and the Visibility Zine, a student run project focused on highlighting the voices of marginalized students on Swat's campus. View all posts by Emma Walker