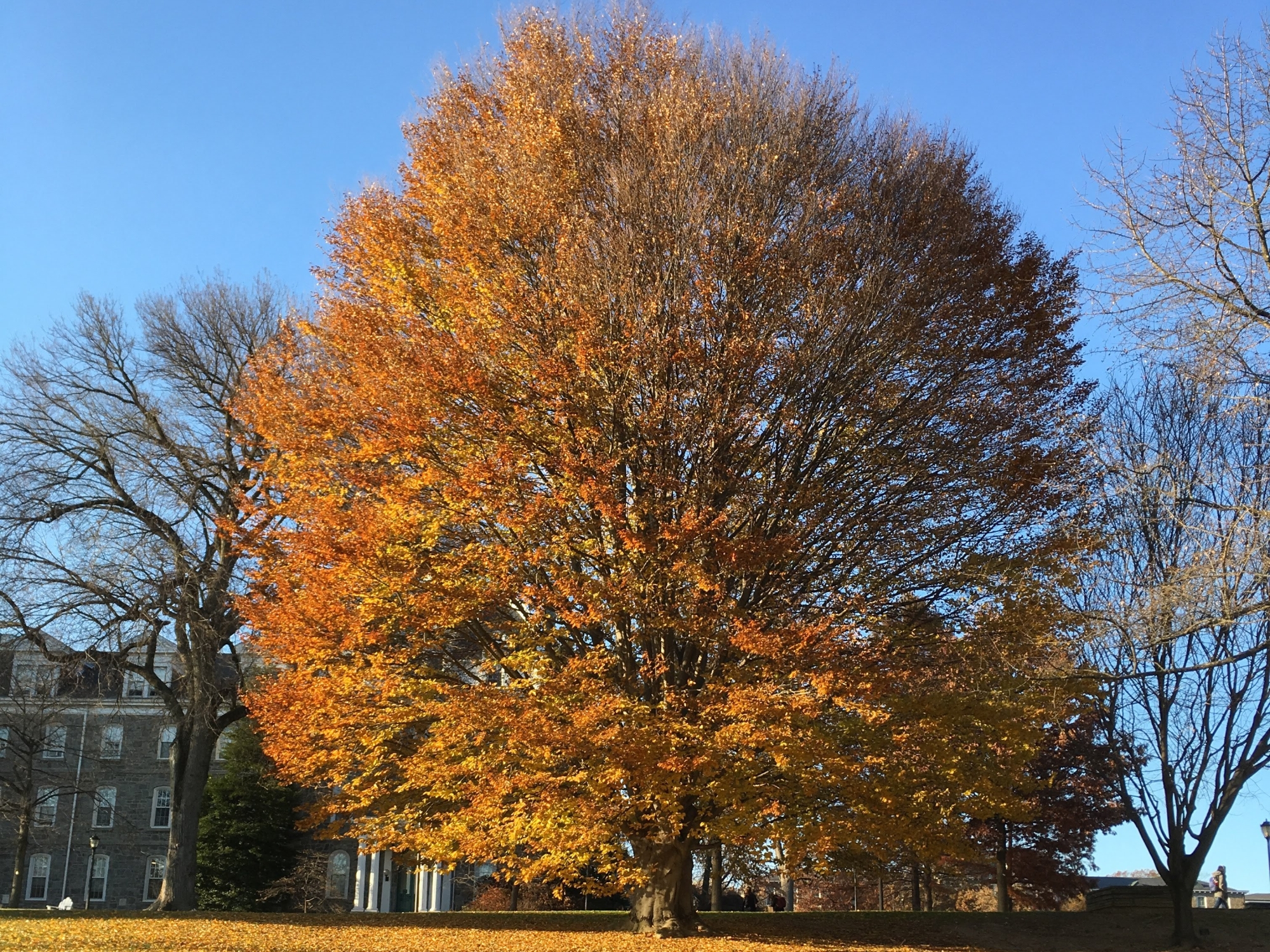 Coming into Swarthmore, I had always been the band nerd, obsessed with all things marching band. I had been doing band since fourth grade, and marching band had consumed all four years of my high school life. Knowing that Swarthmore didn’t have a marching band scared me immensely – band had always been such a huge part of my identity, and suddenly, I realized that by leaving it behind, I would never be the same person again. People always say that change is inevitable and that going to college changes everything. Although I was more than ready for some of the changes that come with college, like having more freedom and never having to take math again if I didn’t want to, I wasn’t sure if I was ready to give up marching band. What would I do in my free time? Who would I be without it?

Luckily, Swarthmore’s pass/fail semester had my back. All freshmen at Swat have the luxury of taking all of their first semester classes pass/fail. This means that there is no real grade given to you when you finish the class, only an indication of whether you passed or failed. This system is meant to help freshmen adjust to the college life and the academic level of the classes without the added pressure of having to do extremely well in class. Also, it allows for opportunities to explore Swarthmore in non-academic ways, such as joining different clubs and establishing friendships.

So, without the enormous burden of grades looming over my head, I allowed myself the free time to explore the countless extracurriculars offered to try to fill up the hole that marching band had left in me. I found myself exploring extracurriculars I had always been interested in but never had opportunity to do elsewhere, like Taiko, but I also found myself trying things on a whim simply because I could, like with self-defense. I built upon my interest in contra dancing by beginning to learn English and Scottish folk dance, and connected with my Japanese heritage through Kizuna, Swarthmore’s Japanese cultural group. And of course, I even found the time to stick to my roots, playing the flute in the Wind Ensemble.

And guess what? Surprise surprise – I had so much fun doing all of these new activities. Maybe my love for marching band was holding me back from having all sorts of these amazing experiences in high school. Regardless, I realized that if I had the big time commitment of marching band on my plate at college, there would be no way I would have had the time to experiment with new extracurriculars. After all, what people say is right – college is a time of big changes. If I had left college the same way I left high school, solely as someone who loved marching band, would I be able to say that I really grew as a person and explored my identity at college? No; I would have enjoyed marching band for sure, but I would have also had a sense of regret of not having explored all of the new opportunities available to me. With this new insight, I knew I made the right choice in choosing Swarthmore over a big state school just for their marching band.

Pass/fail is about finding a sense of who you want to be at Swarthmore. It helped me realize that although my love of band remains, I am capable of being so much more than a simple band nerd. I’ve realized that change, although inevitable, does not necessarily have to be a bad thing at all. I’ve fallen in love with so many things I have tried here at Swarthmore, and this, more than anything else, has reassured me that it’s okay to branch out and have new experiences. In one short semester, I’ve grown more confident in myself, and I feel more willing to take the risk of reaching outside of the small bubble of comfort I’ve created for myself. I think I’ve found exactly who I want to be over my next four years here: an adventurous risk-taker, eager to explore all that Swarthmore has to offer to me.

Hi, I'm Momoka, a freshman from Arlington, Virginia. I'm a prospective Education/Linguistics special major and Japanese double major or minor who dreams of one day becoming an elementary school teacher. Outside of class, you can catch me contradancing my worries away, playing the flute in the Wind Ensemble, making friendship bracelets, or eating ice cream. View all posts by Momoka Keicho