I really like the show Survivor. Yes, the same show that was sending castaways to remote islands to vote each other off in the early 2000s. You might catch me watching it on the treadmill in the Matchbox or wildly waving my hands in Sharples trying to explain to friends the crazy blindside that none of them understand because no one else watches with me.

This past summer, you also might have caught me throwing water balloons and standing on buckets on the beaches of the Jersey shore in my own version of Survivor. 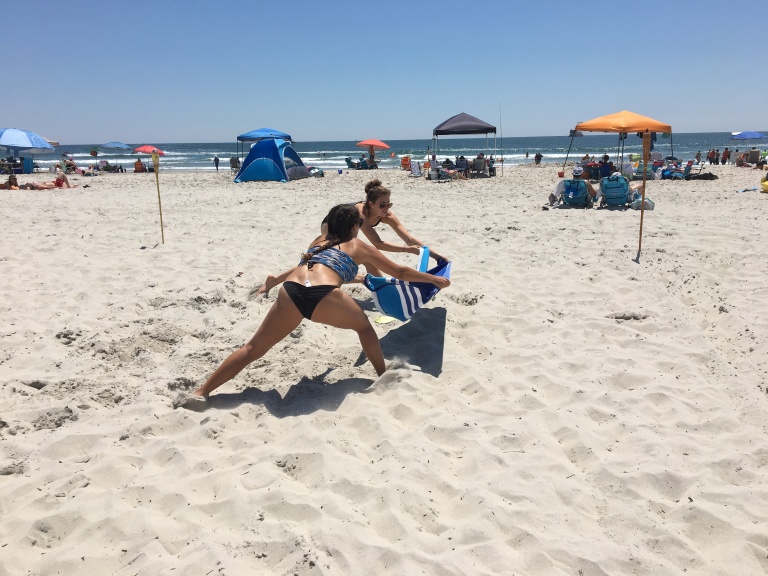 This time, though, I was not in my Survivor mania alone. I had somehow convinced fifteen other Swatties to partake in our own Survivor games.

The idea stemmed from wanting to see my friends after being abroad during the spring semester. Many other friends shared the sentiment from being abroad or just from not having seen each other since the end of the semester (even six weeks feels like an eternity when you get used to living next to your friends, let alone six months). So it was not too hard to convince fifteen Swatties that a beach reunion was in order.

Despite all of the eye rolls at my past Survivor talk, I was surprised by my friends’ willingness to go along with a Survivor-themed weekend (okay, it might have helped that I was using my birthday as an excuse to gather all of my friends, and this may have helped my Survivor cause as well). But either way, not only did my friends agree to go along with my ideas for tribes and challenges, but they got super into it. The talk of who was going to get voted out started almost immediately.

After deciding that ganging up on each other and voting one another out was perhaps not the best idea, the Survivor weekend took the form of fun beach games and competitions inspired by classic Survivor challenges. 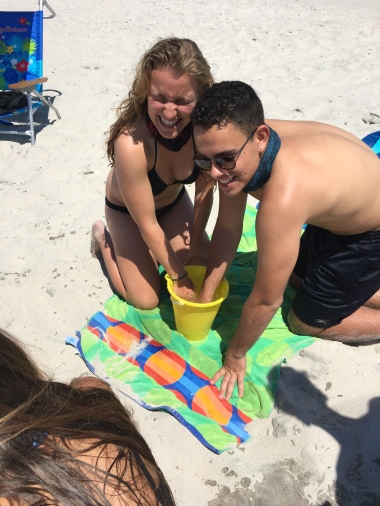 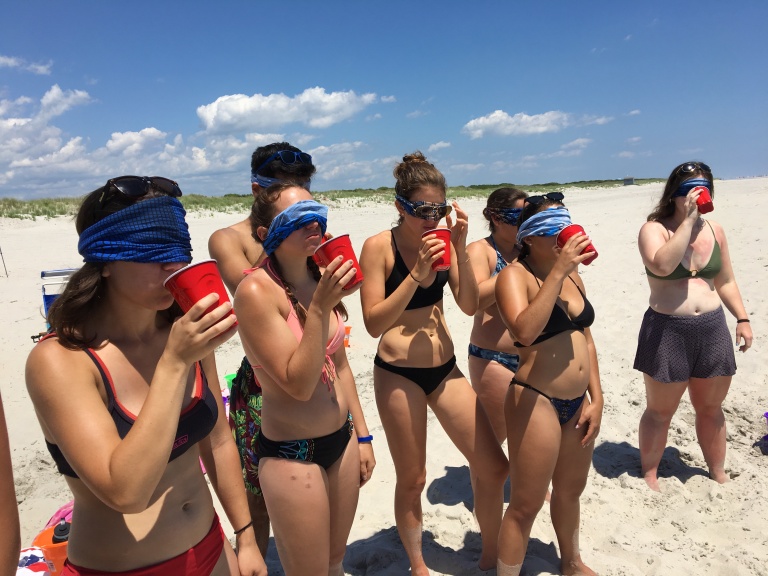 Survivor games would not be complete without a gross food challenge. The concoction my mom developed featured gummy worms, jello, and hot tamales. 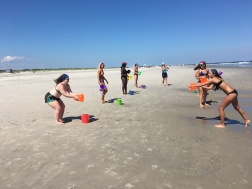 A classic Survivor challenge of transferring as much water as possible between spaced out buckets.

My fun weekend of Survivor games caused me to reflect on how lucky I am to have friends who would drive nine hours to see each other, and not just participate but full-fledge embrace my crazy ideas.

And the most important thing of the weekend of course was that my blue team won.

I am a senior Engineering major and Environmental Studies minor from Lafayette Hill, Pennsylvania. This year, I am a Presidential Research Sustainability Fellow working on a project in biofuels for campus heating. I play varsity field hockey at Swat and enjoy running and being outside. I thrive in summer weather and love the beach, ocean, and paddleboarding and am known for frequenting ice cream spots in, around, and even fairly far from Swarthmore. View all posts by Sierra Spencer