Winters can get pretty tough at Swarthmore. Walking around campus in the cold is hard enough, but then you throw in a couple three-hour-long outdoor astronomy labs and it becomes downright excruciating. So, when the forecast predicted clear skies and sunshine one Saturday afternoon in the beginning of February, my friends Pavan and Ivan and I decided to take advantage of the good weather. We went into nearby Media for an all-expenses paid Hot Yoga session at the Enso Studio, courtesy of Swarthmore College. It was definitely one of the better decisions I’ve made during my weekends at Swat. The studio was heated to just the right temperature, lit with candles and dimmed lights for a truly serene ambience, and topped off with soothing music in the background, all of which got me feeling calm and tranquil even before the lesson began. The yoga itself, although being very physically demanding and requiring a great deal of coordination, was surprisingly peaceful. Truly, I had never felt so relaxed and at peace with myself during such an intense workout.

An hour and a half later, while just beginning to enjoy the increased mobility and flexibility of our joints and muscles, Ivan suggested we grab a meal in Media. Within minutes of searching, we came upon the Fellini Cafe of Media. This beautiful little restaurant is both architecturally stunning and has great service. Plus, fifteen bucks can buy you a delicious two-course meal of a soup and entrée with unlimited freshly baked bread! It’s definitely a spot worth checking out if you happen to be in Media looking for a fancy meal on a budget. 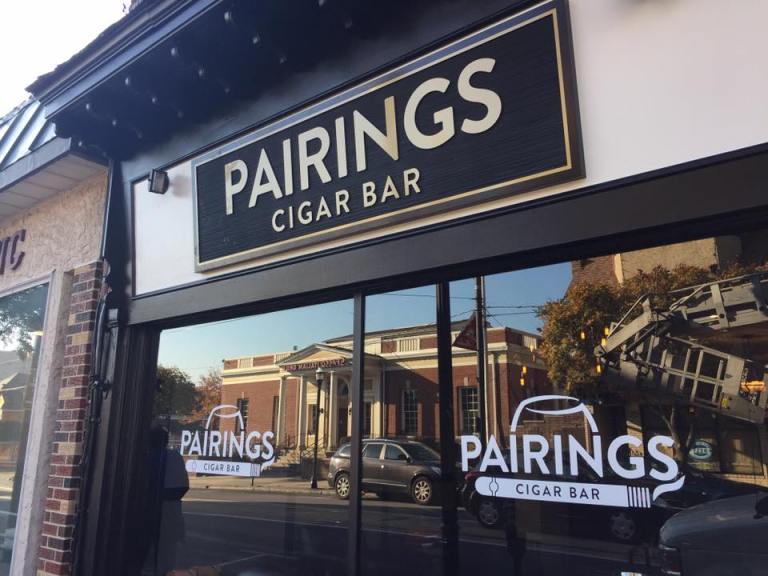 Not long after lunch, we discovered one of the newest additions to Media’s social scene, Pairings Cigar Bar. Now I had never smoked a cigar before and was naturally pretty hesitant about walking into a bar as a minor, but Pavan and Ivan insisted that we at least go inside to have a look. The bartender was pretty clear on the fact that we couldn’t legally stay inside, but was more than willing to help us pick out a cigar on our way out. He even taught us to cut and light it, which was an interesting learning experience of its own. Fun fact according to the bartender: Torching a cigar foot in a circular fashion will produce the most even and long-lasting burn. The remainder of our afternoon was spent walking through the nearby Glen Providence Park and enjoying the good weather while it lasted. Granted, Swarthmore weekends aren’t always so eventful, but a little planning with friends is all it takes to turn a typical afternoon into one of adventure and new experiences.