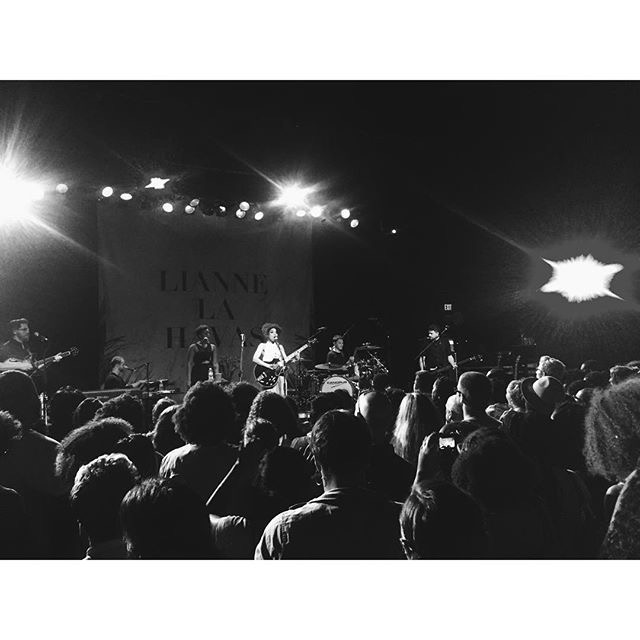 Wait, I don’t think you understand. I LOVE MUSIC. And yes, this post is going to be me bombarding you with music suggestions (click on any artist’s name to get a taste of their work!).

Swarthmore is great for a music person for many reasons, even if you’re like me and are merely a music appreciator with no musical talent yourself. So why is Swarthmore such a gold mine, music-wise?

1. You can go to cheap, amazing concerts!

People often ask me if I go into Philly. I’ve gone into Philly A LOT, though most times it wasn’t to explore the city, it was to go to concerts. Prior to college I had never seen a live concert, except for Cher’s comeback concert (one of many) when I was seven. And that didn’t really count. So after seeing Ed Sheeran while visiting my John Hopkins friend, I was hooked. And luckily for me, Philly is a hot spot for touring artists. I’ve mainly seen shows at Union Transfer, which is deceptively large, but always feels cozy. Plus, if you get there reasonably early you can always get a good view up front, which is essential for me, being so short. Shows I saw last year (roughly in order of preference) :

Rubblebucket (over the summer)  –one of the most purely FUN concerts I’ve ever been to. Here the band member crowd surfed!

Lianna La Havas (the concert was moved due to the Pope visiting Philly, but this meant I got to see the awesome Theatre of Living Arts venue) — her voice. Enough said. So charming.

Phantogram –very cool lights and my first Philly concert that my roommate convinced me to go to even though I didn’t know the band at all prior to the show!

Kishi Bashi –this was the encore, a very intimate experience.

José González –thanks to my former boss for introducing me to José! Such a beautiful stage!

Misterwives with BØRNS opening –on my birthday, their first time headlining a tour, first show of the tour…hard to top in many ways.

All of these concerts were so different and so great! And the best part: I don’t think I’ve spent more than $30 and change for tickets (with the fees included in that)! Most Union Transfer artists are small enough that A) they’re concerts are about $10-20 and B) The people who attend really love their music, so everyone is singing every word to every song. Communitas.

2. You can see great musical performances within the Tri-Co community

What also made my birthday Misterwives concert sweeter was the fact that I had known the band, but missed their FREE performance at Bryn Mawr College previously, and then caught them touring. That being said, all three colleges often bring really great artists to campus! I saw Surfer Blood at Bryn Mawr and had a song dedicated to me and my friend, who enthusiastically danced throughout the song. Then we were photobombed by the band before getting a photo:

This year’s spring concert at Swarthmore (Worthstock) was Badbadnotgood and Ghostface Killah! There are various concerts throughout the year at Olde Club, which has funds specifically to bring in outside musicians.

3. There are really talented musicians here

Besides going out, or bringing artists in, there are plenty of talented people on campus. Below is a song “Siete Suerte” by the band The So Nakeds!

Don’t forget about the a cappella groups! We have a variety of groups, including an all male, all female, and Tri-Co inclusive group! Who knows, you might just be serenaded in Sharples like this lady:

I also enjoy attending the classical and jazz concerts on campus, as well as listening to my friends play around here and there at jam sessions.

4. Almost everyone here has A+ music taste

When people ask me for advice about college, one thing I always say is learn to listen. Learn to listen to yourself, your body and heart. Learn to listen to others, because people you meet will be more incredible than you can imagine. But they will never let you know their magic unless you take the time to really hear them tell their story. Listen, also, to the music people are enjoying and recommending. From my friends at Swarthmore, I was introduced to the Punch Brothers. Yes, this is my second plug for them…have you become as obsessed as I am yet? You should be. Because of Swatties, I love Lake Street Dive, more rap than I’ve ever enjoyed…ever. Kendrick, Taj Mahal, CAKE, and too many others. Recently, I’ve started to admit I love Hamilton, to no small extent a result of my friends constantly listening to this. Listen well, my friends, and if you want more music suggestions, don’t hesitate to reach out. Just in case you didn’t have enough music in this post:

P.S. The tradition of screening The Graduate on Parrish Beach has also cultivated a deeply nostalgic love of Simon and Garfunkel.

Casey is a swattie/s'more '18, Neuroscience pre-med major from Western Massachusetts. At Swarthmore she spends her time dancing tango, taking equestrian lessons and thinking about the intersectionalities of her identity as a transracial transnational adoptee with the club Multi. A peanut butter connoisseur, scarf addict and superb stater of the obvious, she is always busy, but excited to share her world. View all posts by Casey